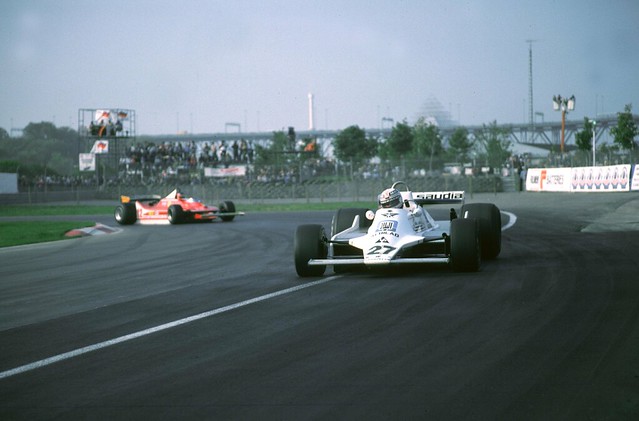 The Williams FW07 was a ground effect Formula One racing car designed by Patrick Head for the 1979 F1 season. It was not the first ground effect Formula One car, a concept that Colin Chapman got working brilliantly in the ’78 and ’79 at Lotus, but it was difficult and expensive to get right, as well as being extremely alienating for many drivers, who had no choice but to scream through corners at insanely high speeds, hoping passionately that nothing would upset the workings of the airflow under the car. According to Niki Lauda [3],

Cornering became a rape practised on the driver. Something really terrible, unnatural and unpredictable.

Technology was taking over the sport leaving less and less for the driver to do except climb into an increasingly alien technological otherworld, hang on, and pray. 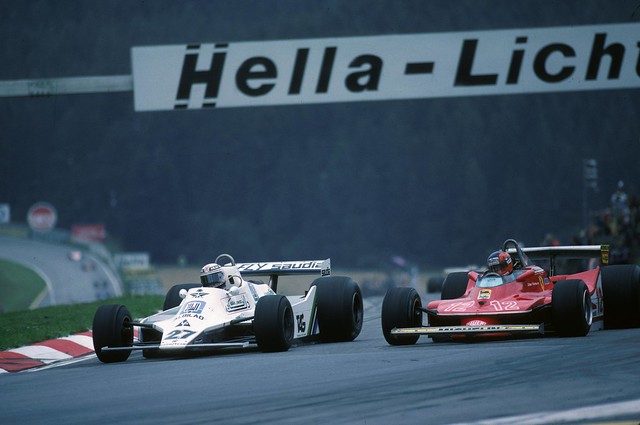 The first race appearance for the FW07 was the Spanish round held at Jarama near the capital of Madrid at the end of April 1979, but both cars had to retire. A few days later, Regazzoni managed to finish second position in Monaco only 0.4 seconds behind Jody Scheckter’s winning Ferrari. Williams finished second overall in the 1979 Constructors’ Championship behind Ferrari having scored five Grand Prix wins —Regazzoni 1 and Jones 4. 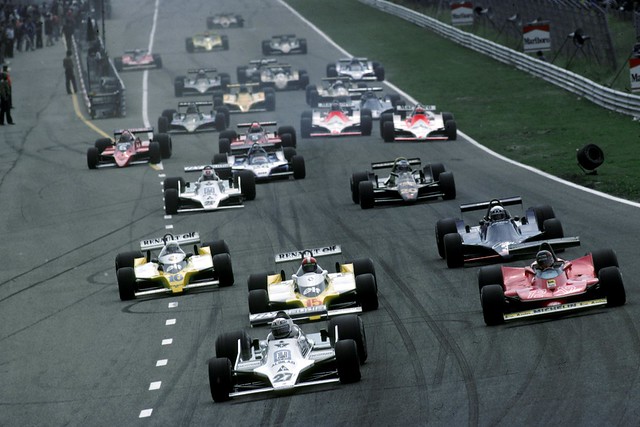 It was the 1980s that saw the Legend of Williams begin to take shape once Frank Williams —heading up a freshly reconstituted Williams F1— and Alan Jones (#27) had got the Patrick Head-designed Williams-Ford FW07 to work properly.

The FW07 became FW07B in 1980, and Reutemann replacing Regazzoni. The car was developed further and became so efficient in creating ground effect the front wings were unnecessary. One of the most important aspects of FW07’s success was its skirt and skirt box design. The initial skirt system was a carbon/structural foam composite plank fitted with a polyethylene seal, ceramic rubbing strips and Tee slot guides: the later system used roller guides to reduce friction [1]. The development worked well and Jones won five races that year while Reutemann triumphed in the prestigious Monaco Grand Prix. 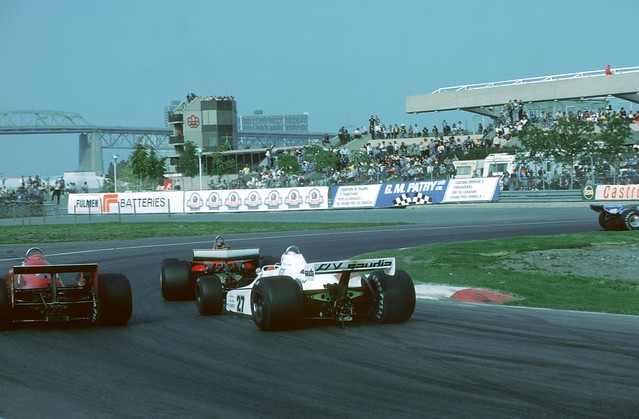 While Jones —middle in the picture at the podium with Villeneuve and Lafitte— won the Drivers’ Championship driving the FW07B, Williams also became Constructors’ World Champions for the first time in 1980. 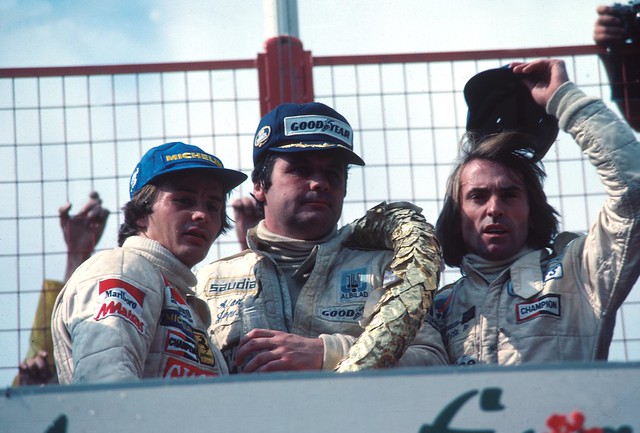 During 1981 FIA banned the moveable skirts needed for effective ground effect. Nonetheless, Williams still secured his second Constructor’s Championship with the FW07C. But without any support of the team Reutemann lost the Drivers’ Championship against Nelson Piquet in the Brabham Ford in the final round in the desert of Nevada.