The tutorial on FLUENT’s erosion model was the last assignment for a lecture on Turbulence, Theory and Simulation.

The professor didn’t provide the mesh that accompanied the tutorial, so I felt free to make a model of my own pipe consisting in two consecutive bends in the same plane, as shown in the picture below. The diameter of the pipe is 5 cm and the elbow’s radii are 5 cm each as well, measured to the center line.

The model was imported as STEP to ANSYS’ Design Modeler to be later meshed in ANSYS ICEM CFD. The mesh was generated automatically with a sizing of 5 mm. Results are shown in the following picture. 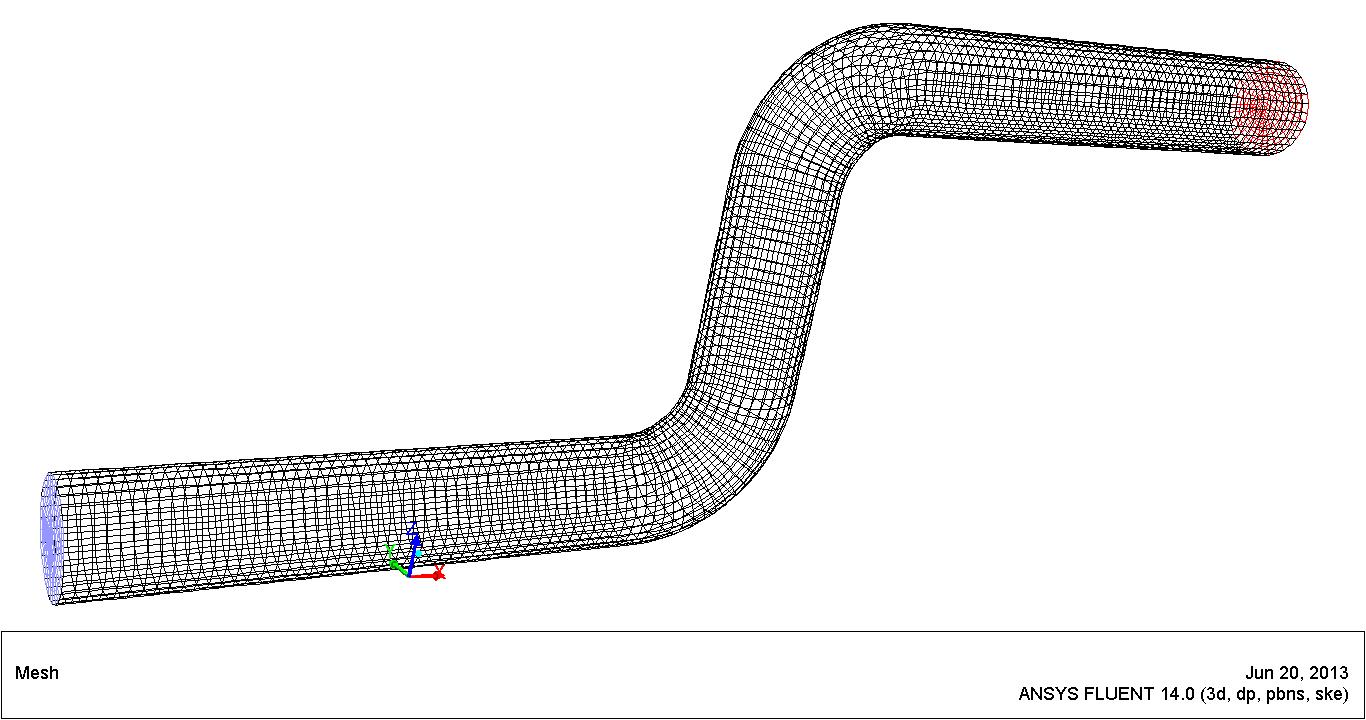 The model is now ready for FLUENT. More details will come in a later post.