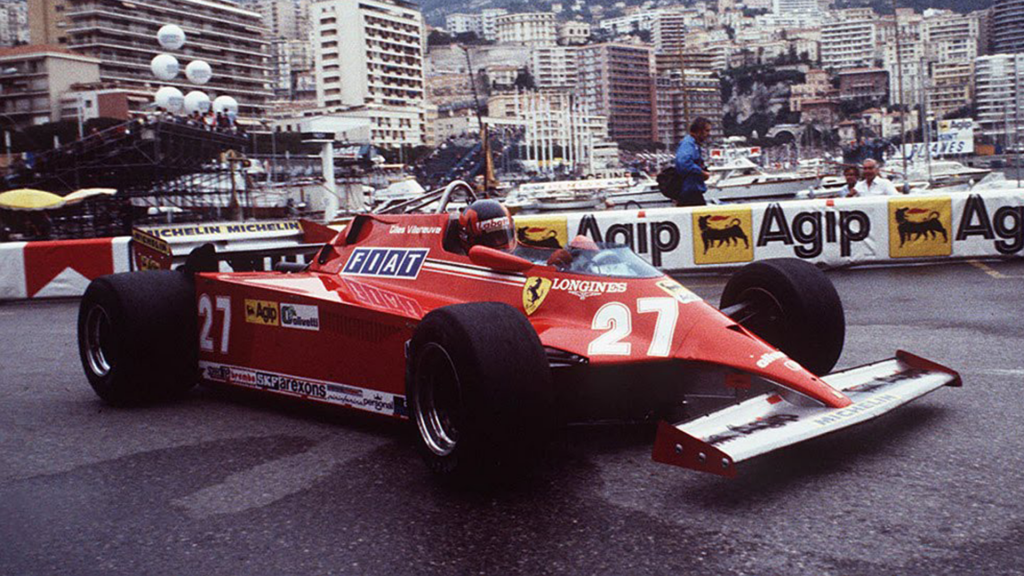 The name comes from its longitudinal 120° V6 rear-mounted engine, while the C stands for Competizione. It is the first Formula 1 car by Ferrari to mount a turbo engine, after Renault introduced the concept back in 1977.

A normally aspirated engine is an expression of the the total engineering efforts of all those who are responsible for the engine design, whereas with turbos you are in the hands of the turbo suppliers —Enzo Ferrari [2].

The supplier for the turbos was KK&K, in a 1.5 litre twin turbo layout producing about 540 hp in the first variant of the car. Ferrari also tried out another type of compressor, the Comprex, but turned out to be difficult to perfect for racing engine purposes.

Although the car was one of the most powerful on the grid, it was very difficult to handle in comparison with others and very unreliable —six times during the 1981 season Gilles failed to finish a race—. Smokes fuming from the back of the car was a common sight. In spite of this, Villeneuve managed to get tight victories in Monaco and in the Spain GP at Jarama —the following four cars crossed the line within the next 1.24 seconds.

The next season, Ferrari got their turbo working winning the Constructors’ Championship in 1982 and 1983. The C2 and the C3 were used. This first Championship by the Tipo 126 C was marked by tragedy. Gilles Villeneuve died in the qualifying for the Belgian GP, while in Germany a terrible accident, similar to the one of his teammate, put an end to the career of Didier Pironi —by then he was just five points behind Keke Rosberg in the Drivers’ standings.

The 126 C2 saw the introduction of composite materials —Hexcel carbon-fibre and aluminium honeycomb composite structure— in Maranello. At the time the Italian team were considered amongst the best engine builders in the sport, but amongst the worst chassis designers. Harvey Postlehwaite was selected personally by Enzo Ferrari to remedy that. Composite materials where already introduce by John Barnard the year before to be copied by many of McLaren’s rivals.

A highly innovative 126 C3 was designed to replace the 126 C2 version B only from the British GP, race number 17 of the season, onwards. Stronger carbon fibre panels replaced the honeycomb composite structure fitting a redesigned flat bottom after ground effect had been banned for the season 1983 onwards. The Scuderia won the Constructors’ Title again that year, but René Arnaux missed the Drivers’ Championship —he remained in the running until the last race. 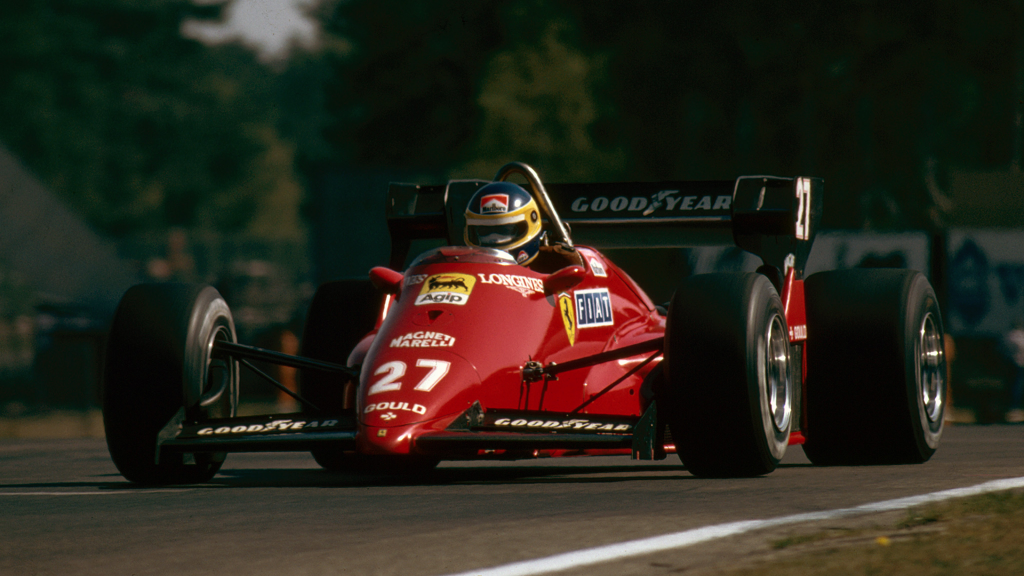