I already tested the data logger on a friend’s go-kart and after some minor improvements I was ready to go a step further and test it on a rally car. The chosen scenario was the 1st Rally Eurocidade Tui-Valença, counting towards the Galician Rally Championship, that took place over November 7-9.

With the Arduino Uno R3 it was not possible to record data for both GPS and accelerometers at the same time due to conflicting libraries. At least that was what I though at a beginning, but it was actually a lack of SRAM. Solution? Get a Leonardo or a Mega.

Although the Leonardo had more SRAM than the Uno —2.5 KB to 2 KB—, both had the same 32 KB of Flash Memory. And I was already using up all that memory, so a Leonardo would hamper future developments. Thus, the most sensible solution was to go for an Arduino Mega 2560 R3, or even an Arduino Due. The Arduino Mega comes with 256 KB of Flash Memory and 8 KB of SRAM and plenty of analog and digital I/O pins. This should allow for the implementation of all the additional modules I have in mind. 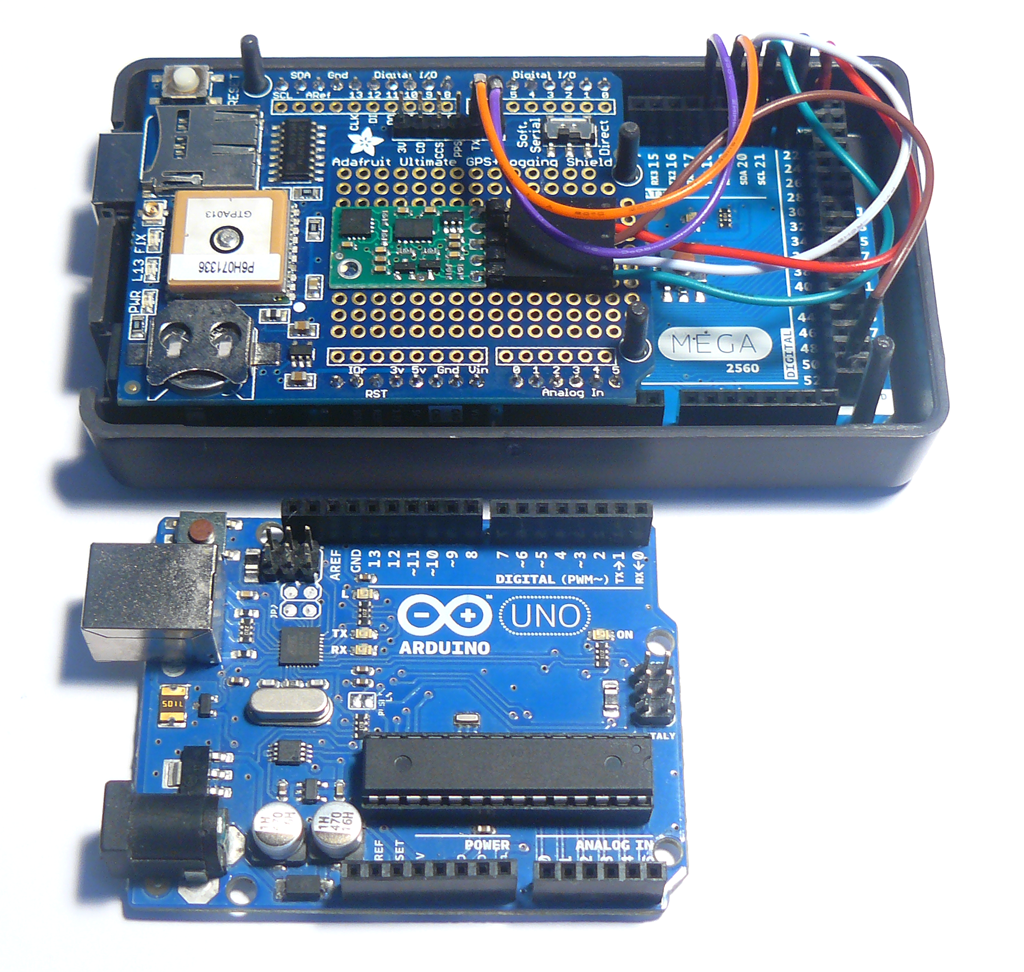 Another benefit from using the Mega is that now everything fits inside the Arduino Enclosure as can be seen from the picture above.

Marvic Sport & Classic —a specialist in the restoration, servicing, upgrading and valuation of classic and sports cars— is the workshop behind the development of 16 Seat Marbella for the Copa Iniciación 2015 (Initiation Cup/Trophy). The production model, a 3-door hatchback powered by an inline four-cylinder with 40 PS (29 kW) and 903 cc. Top speed is about 131 km/h.

Some of the cars in the process to become rally cars.

The cars are all stripped out of their interiors, serviced and fitted with bucket seats with four-point harnesses and roll cage among several other improvements. The goal is an affordable entry level rally car for enthusiasts to experience rally racing on a budget.

Although the Cup is set to begin in 2015, some tests have been carried out this month to ensure everything is ready. It was the perfect opportunity to try out my creation. 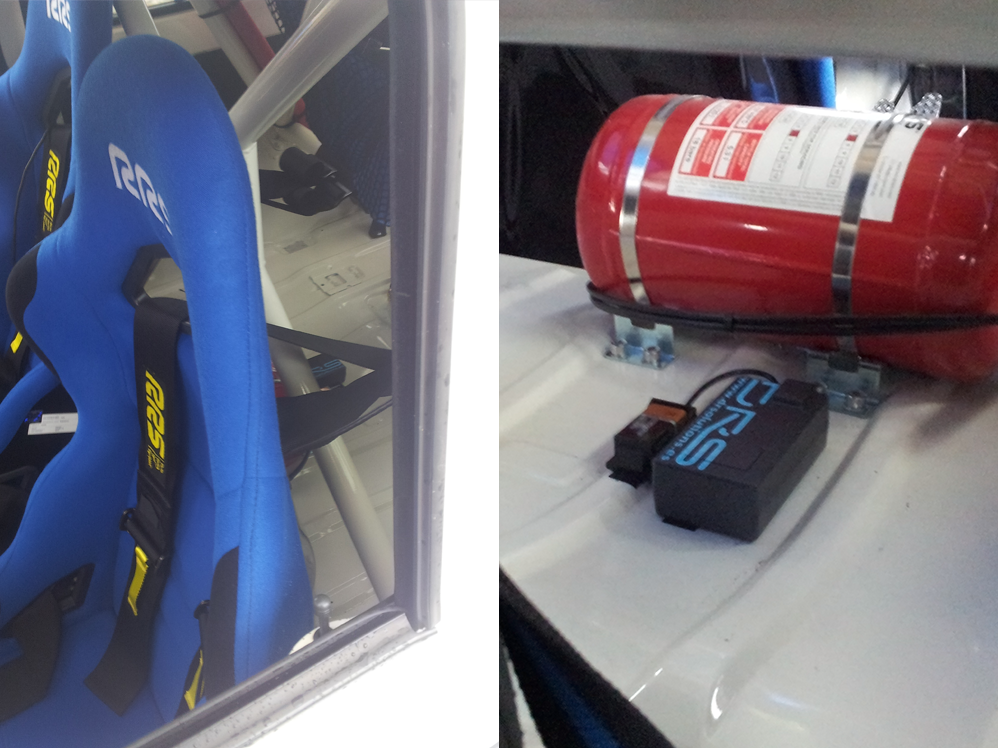 The data-logger was placed as close as possible to the centre of mass in the centre line of the car and fixed to it with Velcro.

The rally consisted on eight special stages, the first four in Portugal, and the rest of it in Spain. A total of 94.46 km distributed among

which were run twice each.

I used the Arduino to log data during the two first special stages, where speed and accelerations were recorded using the GPS and IMU.

The first stage was marked by heavy rain and the presence of large spots of water contributing to aquaplaning. Under those weather conditions the car didn’t reach her declared top speed of 131 km/h, ceiling at just 116 km/h.

Standard road tyres were fitted to the car, so nothing really impressive to be seen when it comes to the traction circle. Heavy rain was a limiting factor during most of the rally.

The second stage was no better in terms of rain, and the smooth concrete surface and narrow roads between the vineyards by the riverside made the driving trickier. Even though there were also long straights, the top and average speeds were slightly lower.

The Seat Marbella mounts leaf springs in the rear axle, and during the race one of the spring hangers got ripped off. The car made it to the service park where she was fixed.

Re-soldering the spring hanger to the chassis.

At just 5 Hz it is unlikely that the data-logger had recorded the precise instant when the spring hanger got ripped off. Nonetheless, there are a few spikes in vertical and angular acceleration which could indicate where the incident occurred.

At SS1 Lusoprint we find a combination of high vertical acceleration and instant angular rotation around the longitudinal axis in a place with a sharp curve to the right with a deep ditch by the side.

The spot is a sharp curve to the right.

Although logging GPS data at a 5 Hz sample rate might be enough, we are certainly missing detail elsewhere as vibrations are undersampled. Sampling above 50 Hz will give us greater detail without using too much memory. Successfully implementing a Kalman filter is also amongst my most immediate objectives but only after installing a steering and throttle position sensors as well as RPM and wheel speed sensors. With that I will have the minimum essential data channels to start working with drivers on improving their skills.

And that is only one XBee-PRO away from telemetry.

Special thanks to all the people at Marvic Sport & Classic for giving me the opportunity to join the team during the race weekend.