I bet you may have seen pictures of the Ascari Race Resort at dusk, but I’m certain you have never seen pictures of the track at night, under the starry sky. Of course Ascari is not the first circuit to host a 24 hour automotive event; we are all familiar with the 24 Heures du Mans —the world’s oldest active sports car race in endurance racing— or the 24 Hours of Spa, both well established professional endurance racing meetings. As a result, only a selected group of motorsport enthusiasts of the standing of artists such as Steve McQueen and Paul Newman or, more recently, Patrick Dempsey, have had the opportunity to enjoy racing in a circuit at night.

Racing is life. Anything before or after is just waiting.

Those words by Steve McQueen move the lives of many motorsport enthusiasts. And we [FANSI Motorsport], as enthusiasts, wanted to provide the driving experience many were yearning for. And so we did. In this edition, the third year of the 24 hours experience, we managed to gather more than 200 drivers and two score cars to live the fulfilling experience that moved the likes of McQueen and Dempsey away from the filming locations for a couple of weekends a year. 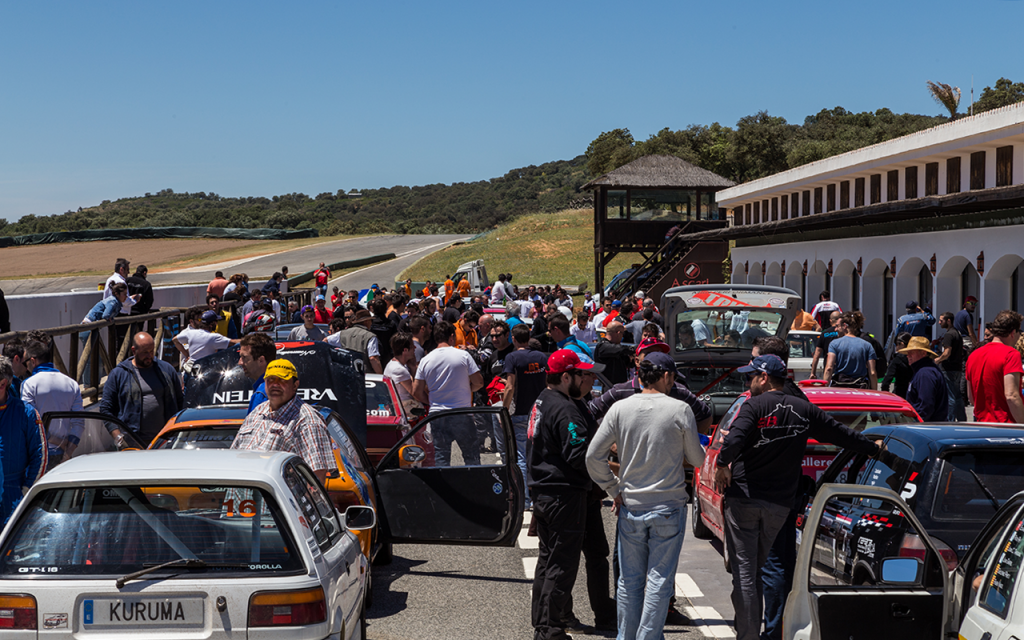 But not only did we promote the event, we also raced with our very own car, a BMW E30 with three 24 hour racing experiences upon her shoulders. The first edition at the Mike G. Circuit of Guadix (Spain), the second edition at the Vasco Sameiro Sameiro Circuit of Braga (Portugal), and the third one at the Ascari Race Resort (Spain).


The chassis is a 318i. And I say chassis because most of the key elements of the car have been changed for this year’s event. One of the most important changes is the engine. We went from a 114 hp M40B18 engine to a final version of the 138 hp M42B18 engine with dual length intake manifold. 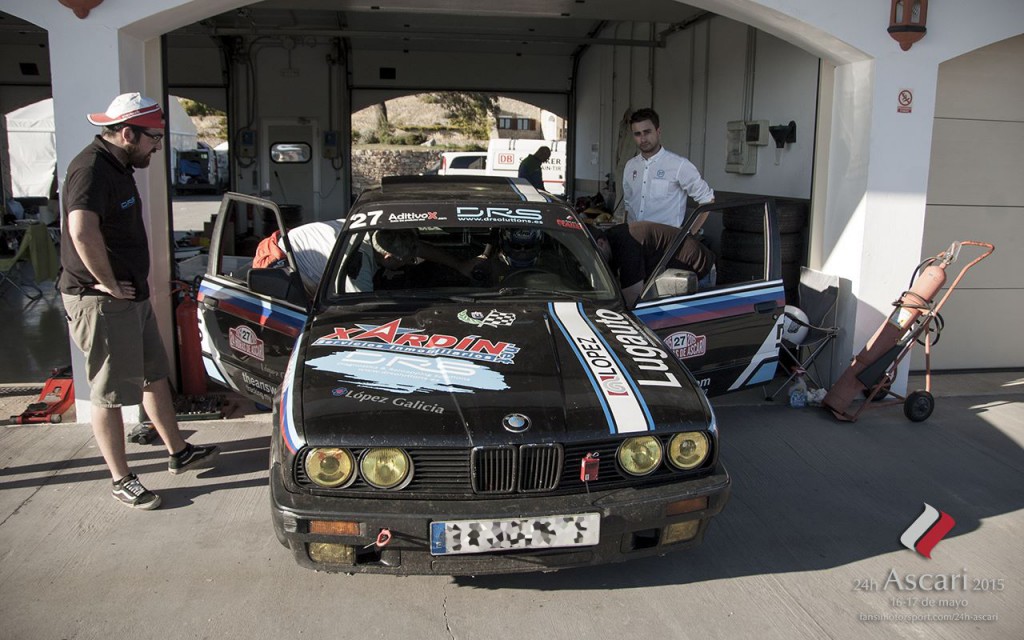 Other of the things we modified were the front suspension and rear axle. We borrowed most of the elements for the front from the 3-series E36: the lower control arm comes from an E36 M3 as well as the coilover strut and camber plate —both aftermarket— to alter both camber and caster; the brake disks and calipers come from a BMW 328 so we can switch to 5-bolt wheel rims. The rear axle is the one from a BMW E36 Compact giving us larger rear track to compensate with that of the front. 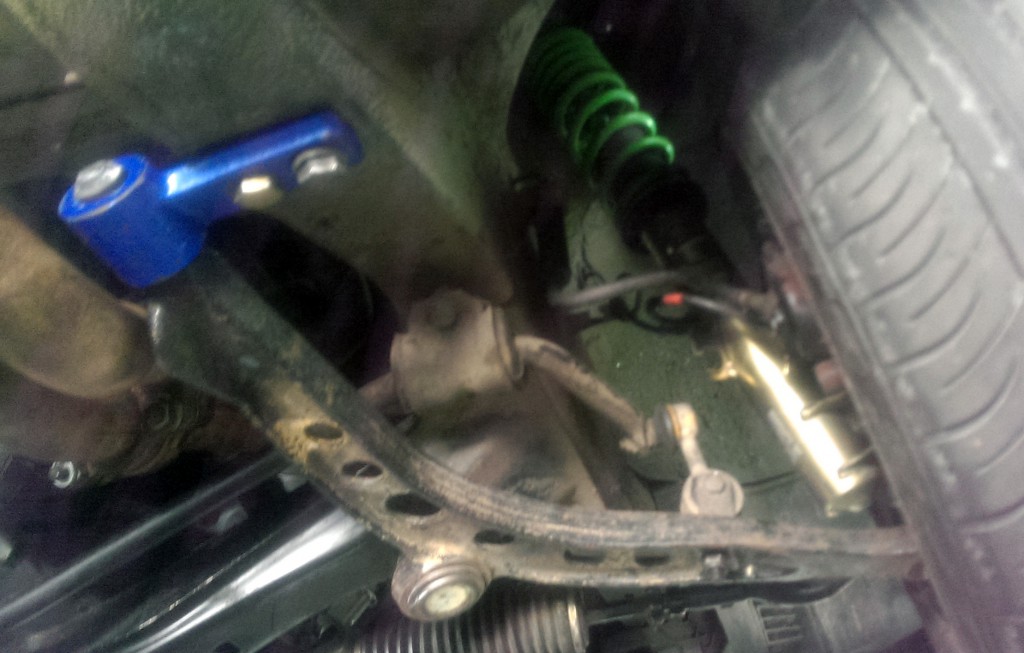 The steering rack is also new for a quicker turn of the wheel giving us a better feel. Overall, the car only retains the original chassis and gearbox. But did we improve the car? Or did we just mess it up. At least the drivers claim that now the car feels more responsive, turns in better and accelerates faster; although the new engine feels comfier in the high revs end of the tachometer.

To see how we compare with the rest of the grid, I created three plots reflecting the lap times during the 24 hours of Ascari. In this first plot I show the time per lap of our car and, initially hidden, the of other two BMW E30 —PTC with a 318is and TC ENDURANCE with a 320i—. Just click on the legend to toggle visibility.

In the above plot we do not appreciate significant differences between lap times; even though we are dealing with some professional drivers in the other teams. For instance, the members of team PTC run a rally driving academy.

The next plot gives a better view about the performance of our car compared to others. This first box plot shows some basic statistics of the lap times ordered by increasing median. Our team stands 12 overall where most of the cars where in the category under 160 hp. With up to 6 different drivers sharing a car, to maintain a small interquantile range requires homogeneous driving skills and background.

When we mix very different drivers in a car we may get lap times like the ones for RELAXING CUP TEAM or NOU ONZE shown below, with a fastest lap very close to the overall fast lap but a high median lap time compared to the top 10 teams. In terms of fastest lap we stand 13 overall; pretty consistent with our median lap time position.

Although the car did not complete the 24 hours of Ascari —locked the wheels and ended in the gravel ruining the accessory driving belt— we are very proud of the progress we made on the car. Now that we have a set-up we are comfortable with we should go and enter other competitions different to that of endurance racing. And I’m thinking of time-speed-distance rally to start with. 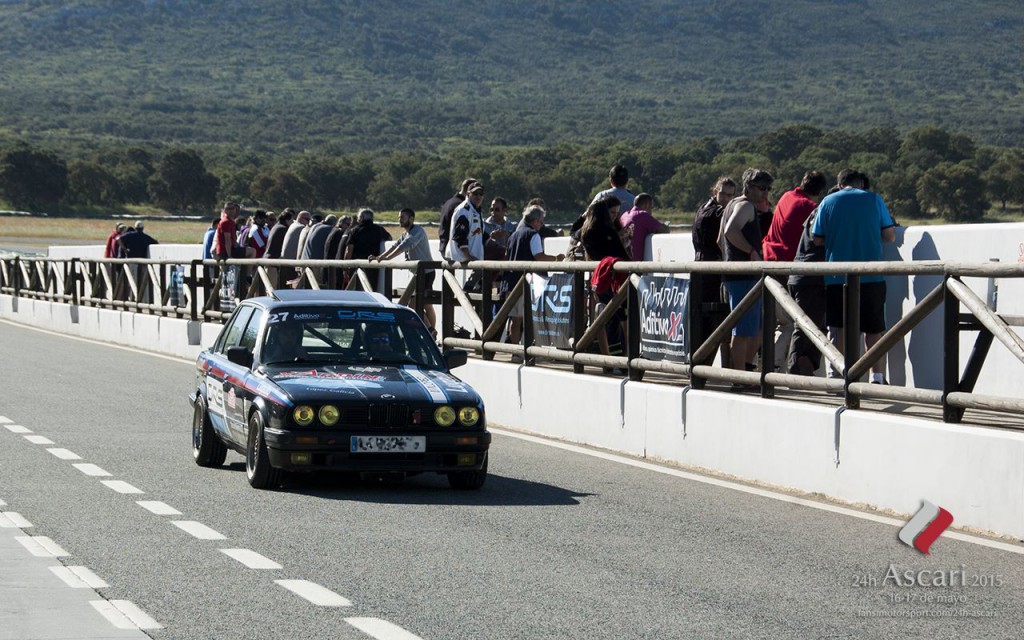